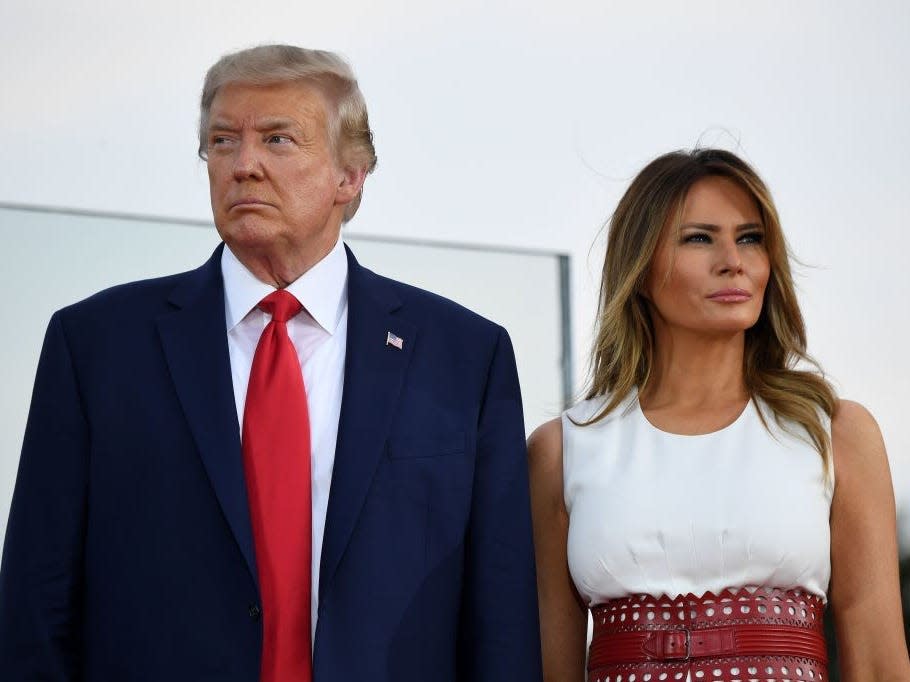 Stephanie Grisham, a former longtime top White House staffer, writes in her forthcoming memoir that President Donald Trump took an inappropriate liking to one of his young staffers, The Washington Post reported Tuesday.

The book, a copy of which The Post obtained, says Trump became “obsessed” with a young press staffer whom Grisham didn’t name. He would regularly ask where the aide was during media events and once demanded that she be delivered to his cabin on Air Force One so he could “look at her [behind],” the book says, according to The Post reported.

Grisham, who joined the Trump campaign in 2016 and went on to serve as White House press secretary and the first lady’s chief of staff, also writes that Trump once asked her to assure him that his penis wasn’t small or abnormally shaped, as the adult-film star Stormy Daniels had claimed.

Twenty-six women have publicly accused the former president of sexual misconduct, including allegations of rape, groping, and harassment. Trump has denied all of the allegations and called the women liars.

Trump has also attacked Grisham over her tell-all book, accusing her of writing “bad and untrue things” about him because she’s “very angry and bitter” over her 2020 split from the former White House aide Max Miller, who was accused of physically assaulting Grisham during an argument, Politico reported.

“Stephanie didn’t have what it takes and that was obvious from the beginning,” Trump told The New York Times in a statement on Tuesday. “She had big problems and we felt that she should work out those problems for herself. Now, like everyone else, she gets paid by a radical left-leaning publisher to say bad and untrue things.”