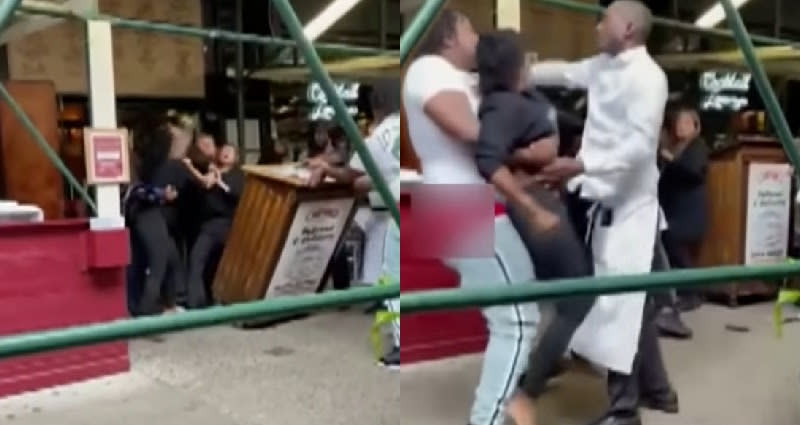 A lawyer representing a woman who was part of a group of Black female tourists who allegedly physically attacked an Asian restaurant hostess in New York City has claimed the employee instigated the physical altercation by using a racial slur.

The initial report: The scuffle broke out in the Upper West Side after the Asian hostess asked the three diners from Texas to show proof of vaccination before entering Carmine’s Italian restaurant in Upper West Side on Thursday, Sept. 16,NBC News New York reported.

New alleged details: Justin Moore, a representative for Kaeita Rankin — a businesswoman with a doctorate in education — claimed in an interview with the New York Times on Saturday that the 24-year-old Asian hostess used the N-word during her confrontation with Rankin’s party.

Not true: In a statement to New York Daily News, Carmine’s lawyer, Carolyn Richmond, denied all the allegations and said the claim of racial profiling was a “complete fabrication, disingenuous and outright irresponsible.”

Simu Liu Gifts PS5, $1,000 to Family of Mother Who Passed Away From Cancer