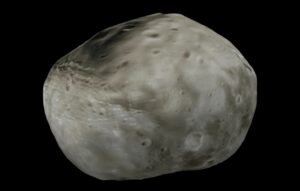 Phobos, Mars’ innermost moon with a 22-km diameter, is a cool body. Phobos has parallel linear features on its surface, unlike Deimos. These lines are a unique part of Phobos that don’t exist on Deimos. Since they were first observed in geologic detail by NASA’s Viking missions, over 40 years ago, planetary geologists have been […]