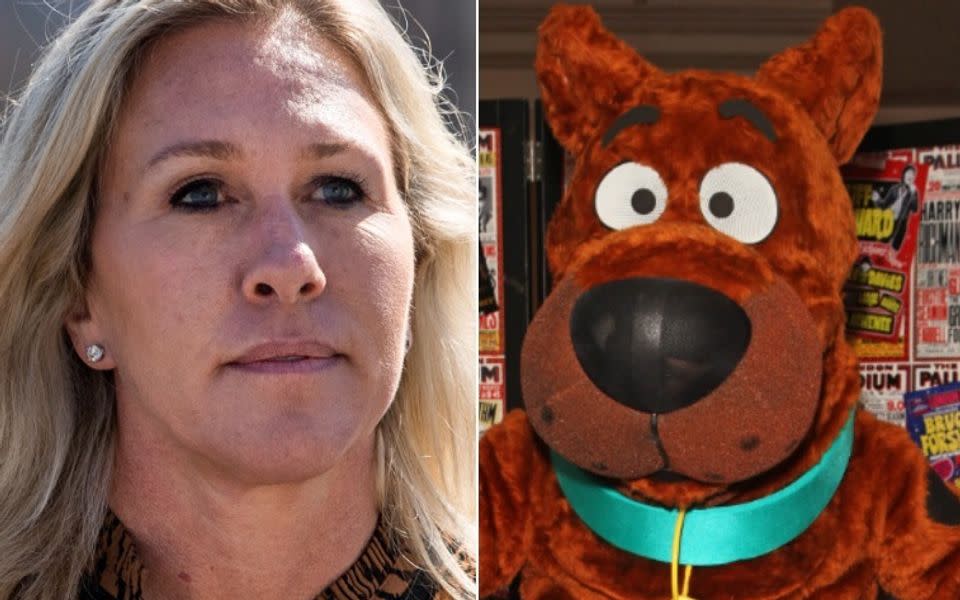 Conspiracy theory-endorsing Rep. Marjorie Taylor Greene (R-Ga.) turned to the cartoon “Scooby-Doo” to try to trash the Green New Deal on the House floor on Wednesday, and critics couldn’t believe the stunt wasn’t a parody.

“This is a simple meme that you would find on the internet but this meme is very real,” said Greene, pointing to a poster held up by an aide of character Fred Jones unmasking a baddie who turns out to be the emblem of the Chinese Communist Party.

“The Green New Deal, surprise, serves China and China only,” added Greene, who’s become something of a celebrity on the right for her peddling of racist and anti-science conspiracies and unswerving devotion to ex-President Donald Trump.

Greene’s aide then held up a meme of Chinese President Xi Jinping appearing to say, “I own Joe Biden.”

“Congress is no longer serious with people like this,” responded Rep. Adam Kinzinger (R-Ill.), a fierce critic of the Trump administration.

Really? A bad meme? That’s what you bring no real arguments?

Sad thing is she thinks this is witty 🤣 yes we are laughing at you, NOT with you.

Pepe the frog in prime time.