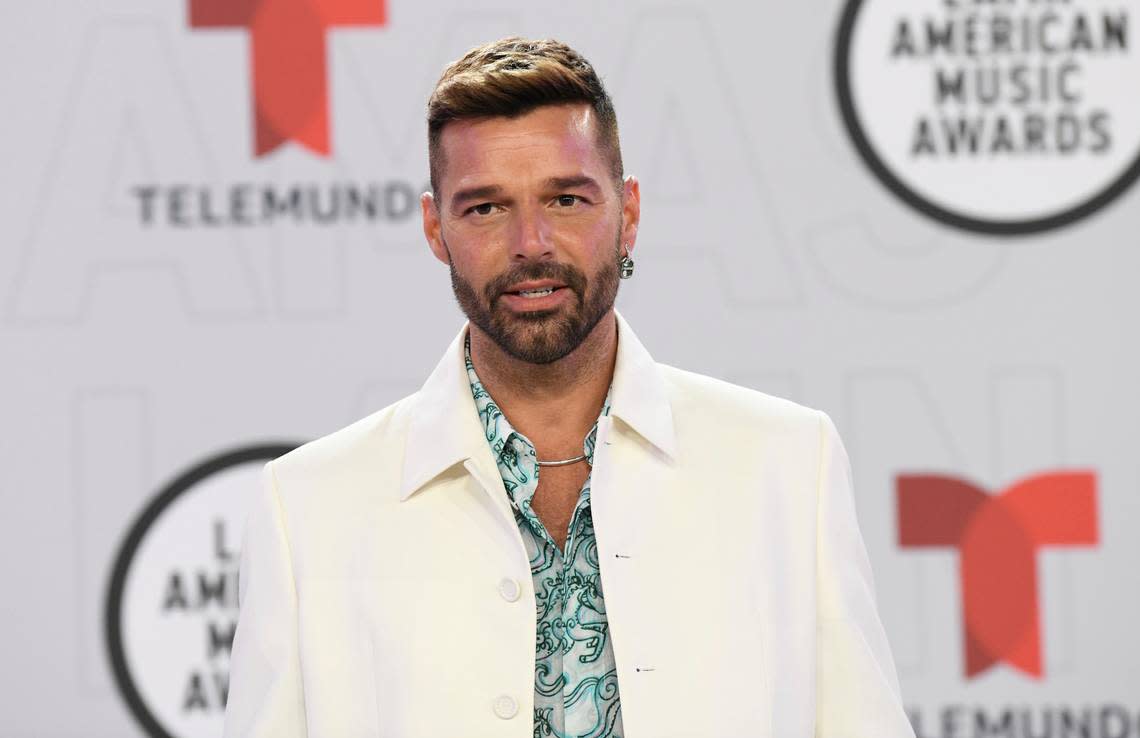 And, of course, the Internet had a field day, with memes popping up faster than you can say “La Vida Loca.”

Someone on social media posted side by side images of him with Marilyn Manson; another just tweeted a screengrab and simply doubted that it was the same person, “So you’re telling me this is Ricky Martin.”

Another individual seemed genuinely concerned for the Puerto Rican native’s welfare, using a photo of Sarah Jessica Parker musing as Carrie Bradshaw from “Sex and the City.”

“Couldn’t help but wonder. Was Ricky Martin’s new face the sign of a new era?” said the keyboard warrior’s caption. “Is he still able to shake his bon bon or does he bang his feelings away now?”

Martin is doing press for his tour with Enrique Iglesias, which kicked off Saturday in Las Vegas, and the father of four may be just tired, for Pete’s sake.

Martin also pretty much looked like his old self in a followup video on his Stories Thursday, where he appeared to be filming from a plane headed to Chicago, tonight’s stop. But that could have been a fancy beauty app/ filter. Who cares, though, really? Aren’t wrinkles the reason God invented Botox?

Even Martin’s longtime collaborator Iglesias is admitting that we don’t live forever. Earlier this month, the 46 year old Miami resident announced that his new album called “Final” may be his last.

“I am in that moment of my life, that chapter of my life, which I think is the right time to stop,” said Iglesias on a Zoom chat with Martin, who looked shocked.

We can’t wait to see the guys when they hit up FTX Arena Oct. 22 and 23 in Miami. We’re sure they’ll do great.

I coulnd’t help but wonder..Was Ricky Martin’s new face the sign of a new era?
Is he still able to shake his bon bon or does he bangs his feelings away now?
When it comes to plastic surgery, are we supposed to share our private emotion…or should we keep living la vida lockdown? pic.twitter.com/JDwjFNppXL