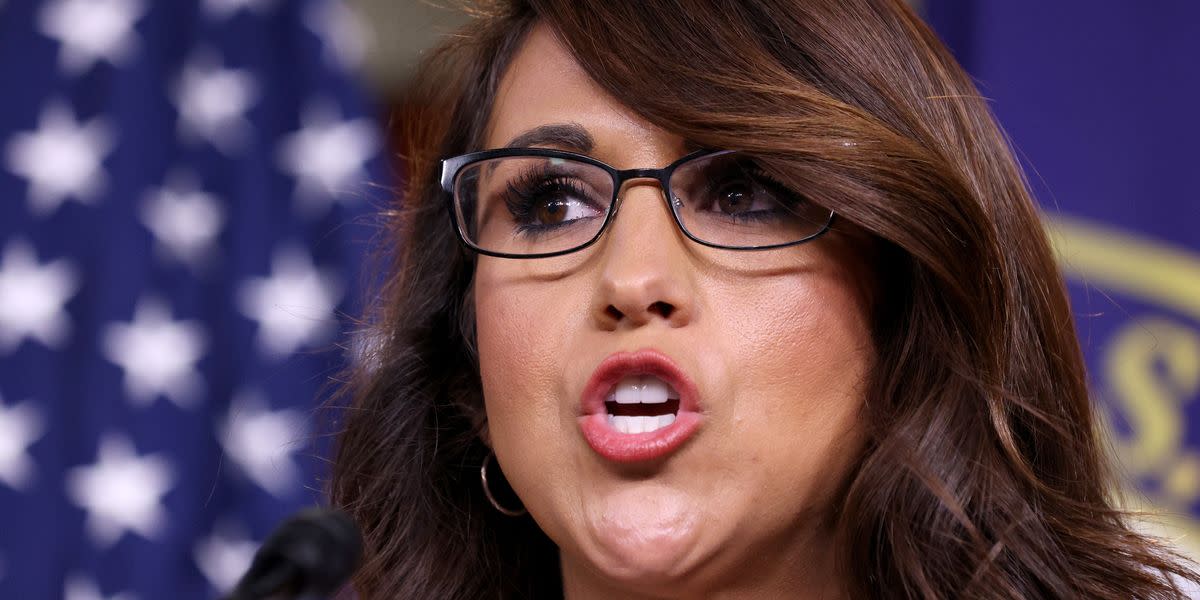 Rep. Lauren Boebert (R-Colo.) got shot down by critics on Monday after tweeting a false analogy comparing the coronavirus to a headache.

“I woke up with a headache this morning. I took some Tylenol. Now if everyone else could take some Tylenol too so mine would start working, that would be great,” she wrote.

The conspiracy-endorsing Republican, who routinely fires off inflammatory tweets with apparently little regard for how much sense they make, was ostensibly trying to swipe at the push to inoculate more people in order to rein in the outbreaks of COVID-19 being driven by the delta variant and unvaccinated people.

She has opposed a variety of pandemic mitigation strategies and mask mandates and has made a point of defying mask-wearing rules in Congress.

The tweet, though, made little sense for a number of reasons. For one, a headache is not contagious, unlike a potentially deadly virus. Nor is medication to treat a headache comparable to a vaccine to protect against a virus.

I woke up with a headache this morning. I took some Tylenol. Now if everyone else could take some Tylenol too so mine would start working, that would be great. pic.twitter.com/LaaNHhaokn

Though breakthrough coronavirus infections can happen to vaccinated people, their symptoms are typically far less dangerous, and the large majority of hospitalizations and deaths are occurring among the unvaccinated.

Vaccine holdouts have been fueled in part by politicized anti-vaccine rhetoric espoused by right-wing media personalities and politicians. A recent Gallup poll found that unvaccinated Republicans were significantly less informed than the average American on vaccine efficacy, which Gallup analysts suggested could be tied to the media they consume.

Boebert has been criticized for promoting vaccine hesitancy and misinformation. She has not disclosed her own vaccination status.

Her tweet Monday was met with ridicule from critics, including her Democratic colleagues Reps. Eric Swalwell and Ted Lieu of California.

Perfect example of how the radical GQP views vaccines – ignoring the relationship between effectiveness and population, with zero care at all for anyone other than herself. https://t.co/Pqqs7j3q6R

My son got a headache three days ago. Now I have a headache.

But before I take any Tylenol, I’m going to do my own research. Then I’m going to talk to my cousin’s friend. https://t.co/mr4jy7fhri

I’m afraid the gravitational pull of her stupidity is going to make the rest of us stupider.

What’s worse? How incredibly ignorant and uninformed the new breed of #MAGA GOP members of Congress are, or that they so proudly and obliviously flaunt their ignorance for all to see while thinking they’re making a clever point? #idiocracyhttps://t.co/A6F8Rzl7GW