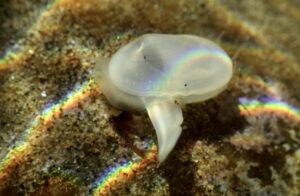 It is always wonderful to discover a new species, but it is much more thrilling to rediscover a species that had been presumed extinct. A small clam that was only known from fossils until recently was found living at Naples Point, just north of UC Santa Barbara on the coast. The research was published in […]