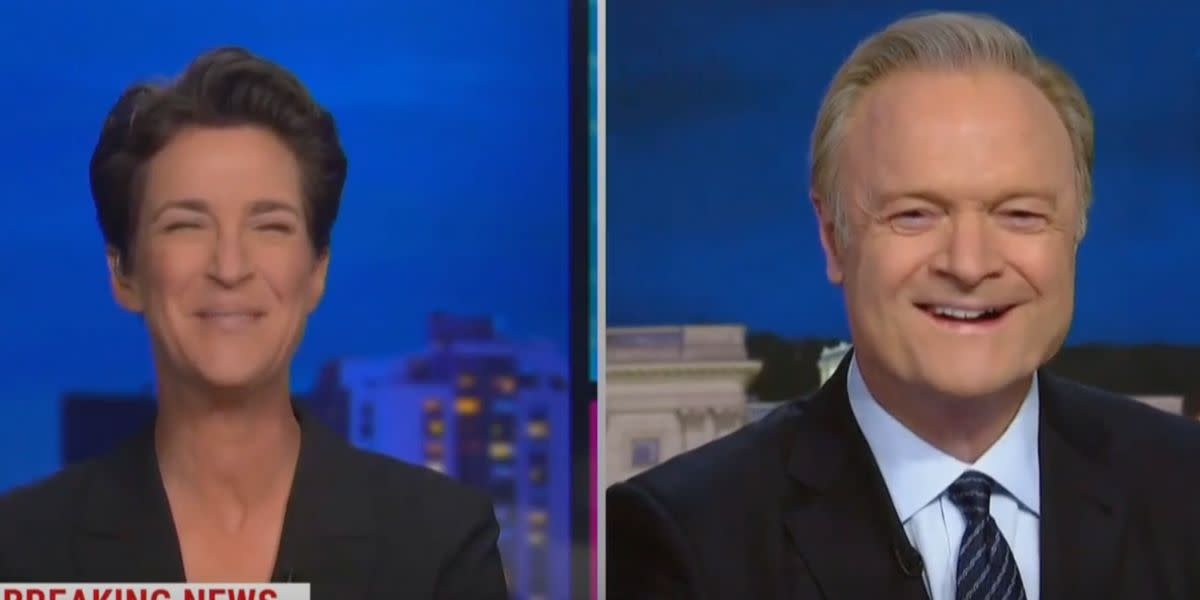 Rachel Maddow and Lawrence O’Donnell had a good chuckle on air Tuesday night after apparently discovering an error on the first page of former President Donald Trump’s lawsuit against his niece Mary Trump, The New York Times and three of its reporters.

The lawsuit, filed Tuesday in New York, alleges that the Times participated in an “insidious plot” with Mary Trump to obtain his private tax files, which were then used in its bombshell reporting about his financial history, The Daily Beast reported.

As she signed off her program and handed over to O’Donnell, Maddow said she had just received a copy of the lawsuit during the commercial break.

“But on page one, it says, “The defendants’ actions were motivated by a personal vendetta and their desire to gain fame, notoriety, acclaim and a financial windfall and were further intended to advance their political agenda,” Maddow said. “Then it says this: ‘The brazenness of the defendants’ actions cannot be understated.’”

“That’s page one of the lawsuit! Cannot be understated. OK. How can you not understate brazenness?! I’m sorry,” she added.

“He has the lawyers who think the way he does,” O’Donnell quipped.

Trump’s lawyers ostensibly meant to say the brazenness of the defendants’ actions could not be overstated.

Trump is seeking damages of no less than $100 million. The reporters named in the suit ― Susanne Craig, David Barstow and Russ Buettner ― won a Pulitzer Prize in 2019 for their reporting on Trump and his businesses’ history of tax dodges. Trump never revealed his tax returns during his presidency, breaking precedent and his own campaign pledge.

When asked about the lawsuit, Mary Trump told the Daily Beast her uncle was acting out of desperation.

“I think he is a fucking loser,” she said. “As is always the case with Donald, he’ll try and change the subject.”