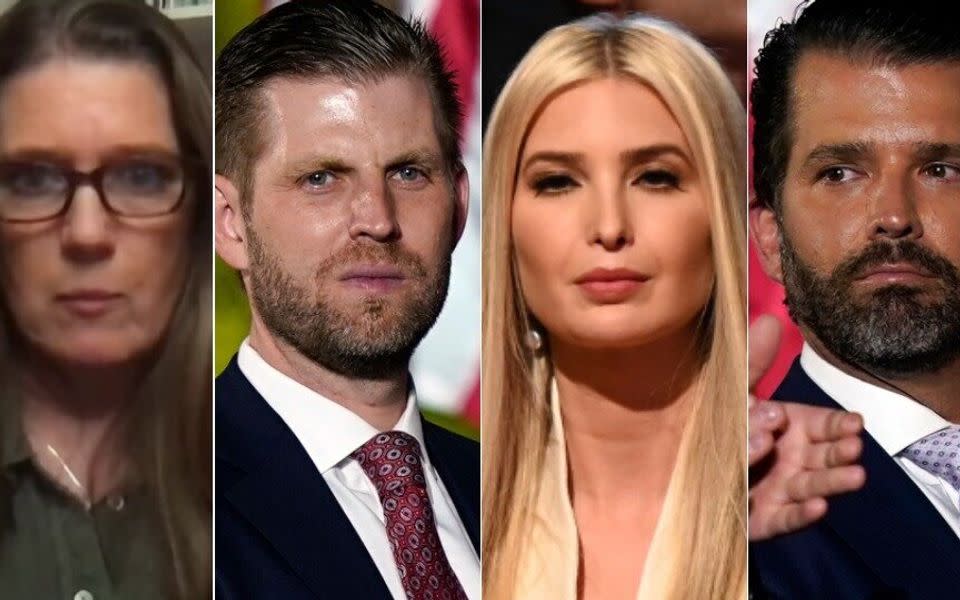 Mary Trump was asked “what the hell is going on” with her cousin, Donald Trump Jr., and didn’t hold back.

In this week’s episode of the “UnPresidented” podcast, Donald Trump’s niece described her cousin as “weak” and a suck-up who was ultimately “left in the dust” by his father, the former president.

Trump Jr. is “like many other people in my family,” said Mary Trump, a psychologist who has become one of the fiercest critics of her uncle and his children. “He has no core. He has no ideology.”

Donald Trump Jr. will “out-racism anybody, he’ll out-misogyny anybody, he’ll shoot as many innocent animals as possible to get whatever passes for affection in my family,” she continued.

“Donnie is a deeply unintelligent person. I’ve been asked this, who’s the stupidest one, and it’s him,” added Mary Trump.

Trump’s comments came as her uncle, the former president, tried to sue her and The New York Times for at least $100 million for allegedly obtaining his tax records for a series of bombshell stories. Legal experts have dismissed the lawsuit as dubious at best.

See the interview below.

Trump’s take on her cousin starts at the 6-minute mark.

September 25, 2022
According to the official legal information portal, President Vladimir Putin has approved changes to the law to Russia’s Criminal Code under which military members who