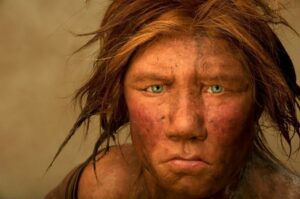 It is commonly believed that climatic change, sickness, or violent clashes with modern humans were to blame for the extinction of the Neanderthals. But an expert from the Natural History Museum argues that Neanderthals’ evolutionary dead-end may have been caused by their romantic relationships with homo sapiens, not their wars. Even while Neanderthal DNA has […]

The post Making Love Could Be A Reason Drove Neanderthals To Extinction appeared first on Revyuh.