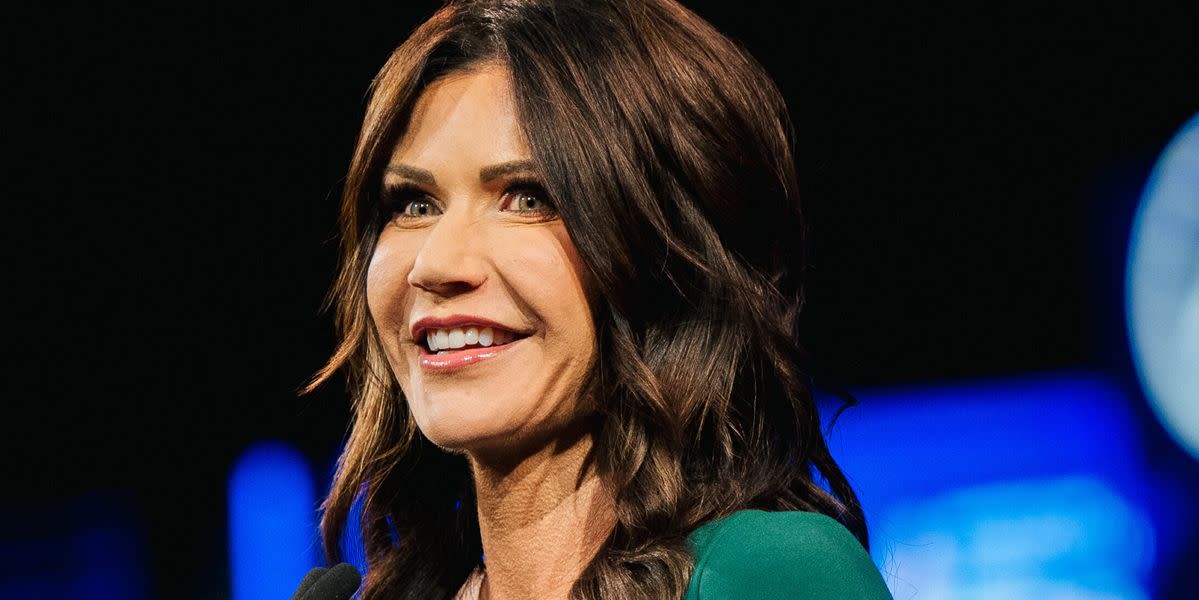 South Dakota Gov. Kristi Noem (R) is being ripped on social media for her unusual defense of allegations she abused her power by using her office to help a daughter get a real estate appraisal license from a state agency.

She didn’t address the allegation but instead claimed it was an attack on her “children.”

The Associated Press on Monday reported that Noem hauled multiple state officials into a meeting with herself and daughter Kassidy Peters, then 26, when it seemed she was going to be denied the license.

AP said it’s not clear what happened at the meeting, but several months later Peters was given the license.

“It’s clearly a conflict of interest and an abuse of power for the benefit of a family member,” Richard Painter, former chief ethics lawyer under President George W. Bush, told the news agency.

Additionally, AP said the state official whose department had planned to deny the license was pressured into retirement.

Rather than address the specific allegations, Noem tweeted as if the report were simply an attack on her child and not the actions she may have taken as governor.

“Listen I get it. I signed up for this job,” she tweeted. “But now the media is trying to destroy my children.”

She also claimed there was a “double standard” in the media.

Her tweet ignored the larger issue of whether she used her office and state resources to help a relative advance professionally, and she ignored her own attacks on a politician’s adult child, Hunter Biden, the troubled son of President Joe Biden, both on Twitter and on Fox News last year.

Her critics were quick to call her out:

Her daughter is not a “kid.” She is a grown ass woman. As is the governor. And corruption allegations are before her because of her choices. And remember when she went after Hunter Biden? Because I do. She is a morally inconsistent hypocrite, and a corrupt one at that. https://t.co/u1OW5vkW0jpic.twitter.com/HebMVjUnqN

You abused the power of your office to corruptly get your daughter her real estate license, but at least now she can get a commission on the bridge you’re trying to sell your voters. https://t.co/JZC8rLqDq7

This is about your corrupt abuse of office to help your daughter.
Your deflection is transparent.
Falsely accusing media of a “double standard” is a cop-out & a red herring. Being a leader means taking responsibility for your wrongdoing – something you haven’t learned. https://t.co/Cfq9hM2RWQ

1. Your daughter is 26, NOT a child.
2. You used your position as a public servant, to intervene on your adult daughter’s behalf over a licensing issue AND had other public servants harrass a 30 yr employee into early retirement.
It’s called nepotism.
Resign. https://t.co/F3blzaFzU0