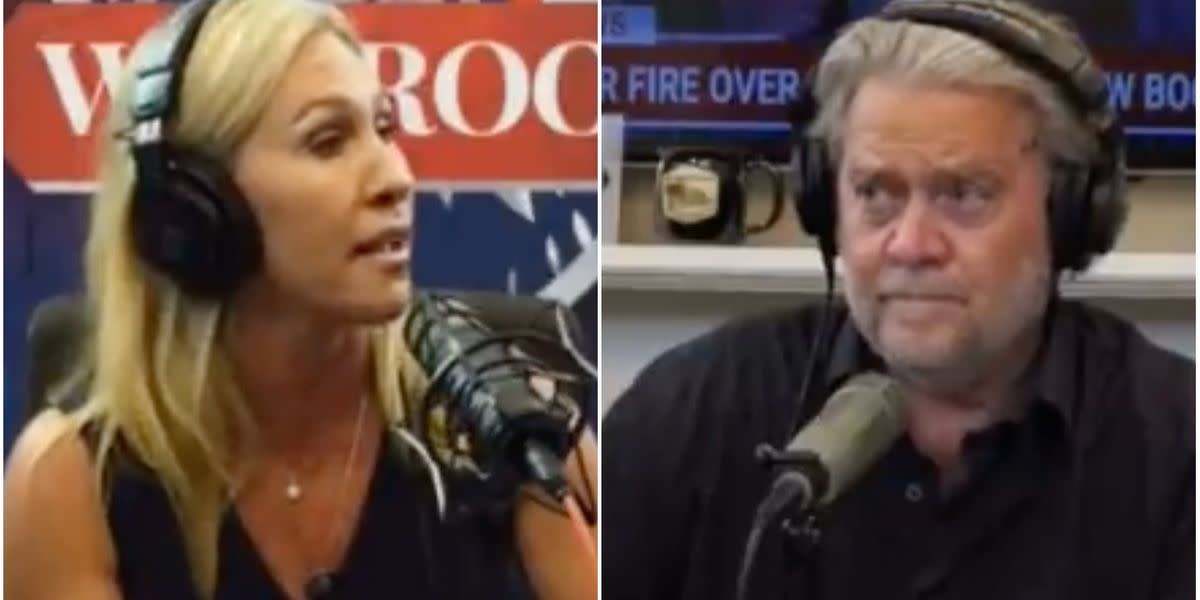 In her first year as a member of the House, Georgia Republican Marjorie Taylor Greene has said a lot of outrageous things. But on Thursday, she said something that even Steve Bannon may have found hard to believe.

Greene, who has said she believes in the QAnon conspiracy theory but not in the effectiveness of vaccines, was being interviewed on Bannon’s “Real America’s Voice” podcast when she told the former Trump White House strategist: “I have been the most effective member of Congress this session.”

She said this was because of her insistence on roll call votes on each question before the House, so it’s clear where each member stands.

Greene, however, has been unable to do much congressional work since February, when she was stripped of her committee assignments because of her support for racist and antisemitic conspiracy theories, and for advocating the execution prominent Democrats.

As you can see from this Twitter clip, it appeared as if Bannon gave a little side-eye to Greene’s self-praise.

Still, people on Twitter couldn’t help but notice the look on Bannon’s face ― to the point that “even Bannon” became a trending term on Twitter Friday.