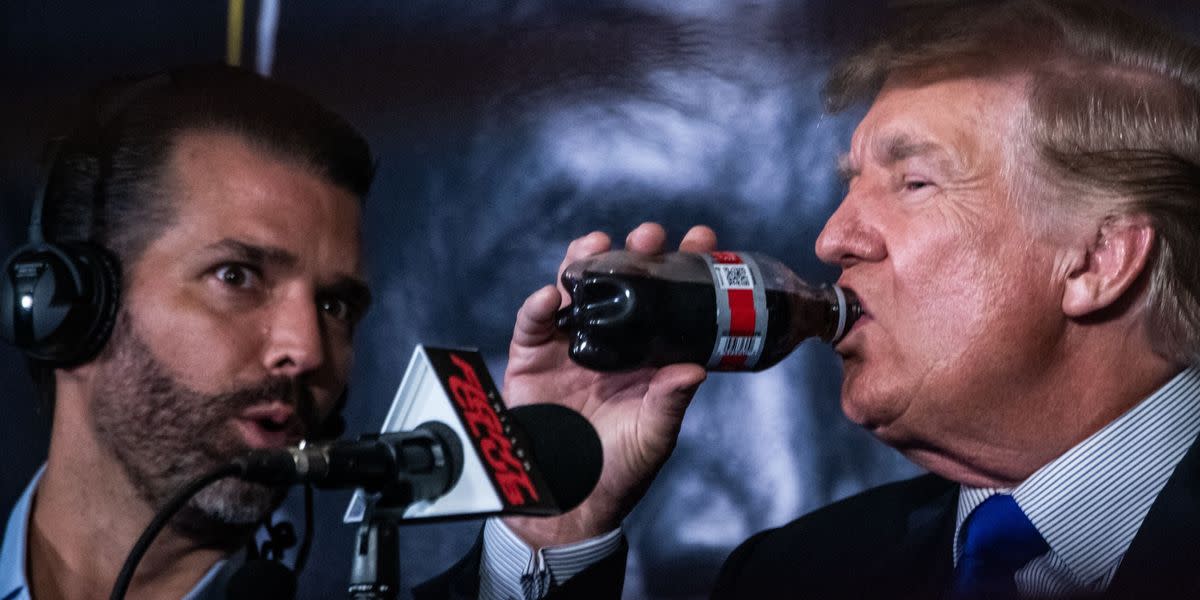 Fewer than 100 people showed up for the event near the Capitol that was intended to hail those who stormed the building on Jan. 6 as unfairly treated “political prisoners.” Several extremist groups warned members to stay away from the event, fearing it was a “trap” by law enforcement to surveil and arrest them.

That was apparently the view of Trump Jr. — a supposed law and order enthusiast — who made fun of members of law enforcement in the crowd who weren’t very effectively “undercover.”

He derided the officers as an “absolute joke … forced into these bullshit situations to entrap Americans.”

Trump Jr. did not seem to recall the real danger facing police officers at the Capitol insurrection Jan. 6 as rioters marauded through the Capitol for hours unfettered. More security precautions were taken this time around at a rightwing event.

His final dig was predictably against President Joe Biden, who he said should have spent as much time “being tough on the Taliban” — the group his dad made a deal with.