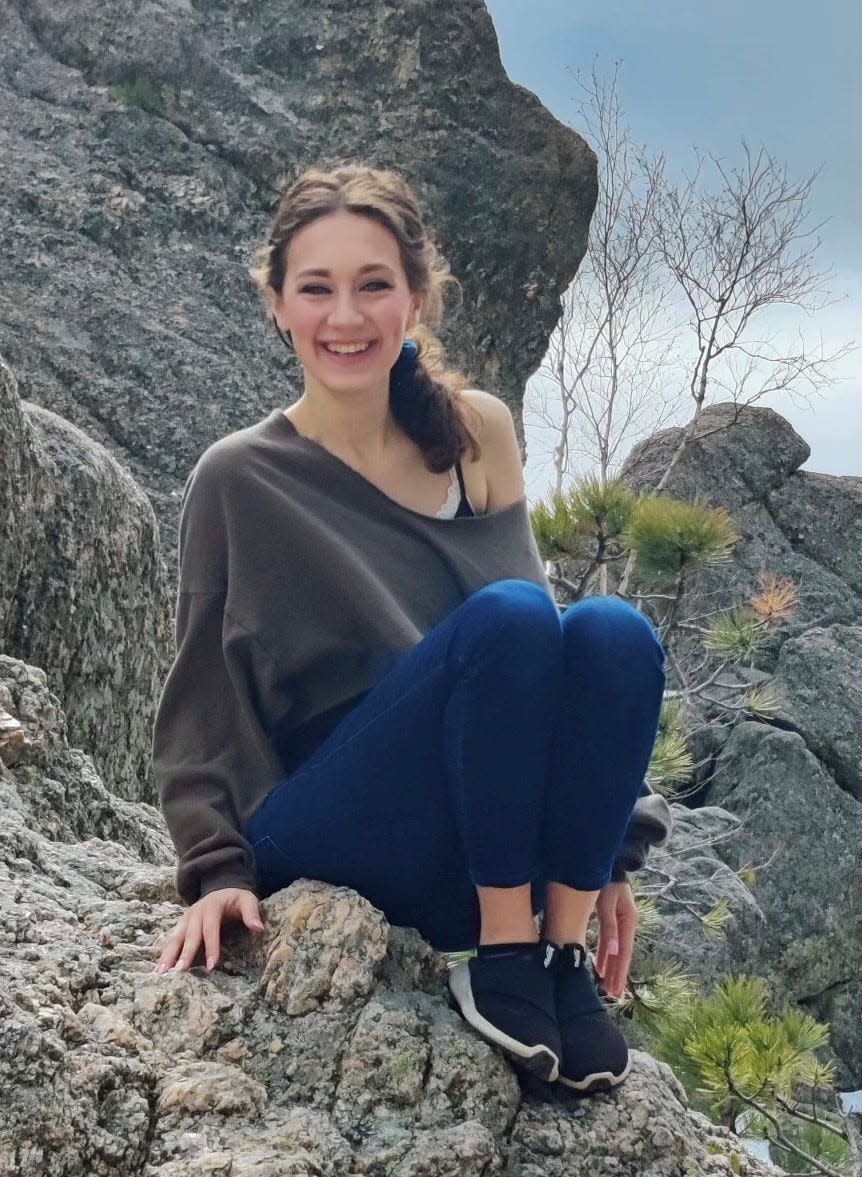 In a TikTok video on August 25th, Kassidy Pierson, who had been using the platform to document her life with terminal cancer, told followers she was hopeful it would be a good day. She spent the previous one nauseous, sweating and lethargic. But she was better on this day, and remarked how lovely the weather felt, and how she wished others could feel it, too. She told her followers she wouldn’t be posting every day. That wasn’t realistic anymore, she said.

The video was Pierson’s last. On September 9th, Pierson’s older sister Kasey Metzger posted from her account telling her more than 200,000 followers that the 27-year-old had died.

“I can’t tell you the amount of times that she would just break down crying because she couldn’t believe how many people just loved her from this platform,” Metzger said. “Thank you so much for all that you’ve done for her.”

Video: Dancing doctor spreads joy and positivity for all

Pierson, who was diagnosed with melanoma six years ago, used her popularity to raise awareness about skin cancer, but her earnestness, her quirkiness and her vulnerability made her account more than advocacy. Pierson, whose username was @ohhkayypee, offered a window into what it looks like to die – the grief and regret, the insistence that life isn’t over until it is.

She posted intimate videos – of the tumors protruding from her small frame, on her decision to enter hospice, on how she talked to her son Hunter, 8, about the inevitability ahead. In the process, she developed a captive community that watched with curiosity and awe as she lived the final days of her life.

“We need to know our life matters and we want our life, our death and our grief witnessed,” said David Kessler, grief expert and author of “Finding Meaning: The Sixth Stage of Grief.” “Our worst fear is dying alone. We always wanted someone at our bedside – to know someone will be there. … What’s new is the Internet.”

Mental health TikTok is powerful.: But is it therapy?

People want to be seen – in life and in death. The short-form video app TikTok offers users an unexpectedly intimate space to navigate and narrate experiences with terminal illness, which grief experts say offers myriad benefits to people on both sides of the screen. The hashtag #terminalillness has nearly 40 million views on the app.

The person posting acquires social connection, which science shows may allow them to live longer. And the audience is encouraged to confront existential fears, to develop empathy, and even to reflect on how best to live – in the face of imminent death and especially absent it.

People grapple with death’s unknowns in a number of ways, made all the more difficult by Western cultures that sanitize death or hide it, said Pamela Rutledge, an expert on the psychological and social impact of media and technology. The invisibility of death exacerbates fear.

A century ago, Kessler said, death was visible. Grandchildren watched their grandparents die at home. When he was a boy, Kessler remembers being on his way to school and seeing hearses on the street.

“Now the dead move around our cities in white unmarked vans,” he said. “If you want to see death now, you’ve got to see it in a movie or online or on a TV show.”

More: Dealing with death elsewhere: What to expect when an American dies abroad

Like Pierson, many TikTok accounts are offering a raw look at dying, the way its nearness clarifies the preciousness of life. Many encourage followers to take care of their health. Some accounts are intimate, others more humorous.

User @solelenaq shared her perspective on appreciating each day: “If I don’t make it I just want to say, ‘live your life.'” User @kora_the_herbivora shared a video of how overwhelmed she became by something that before her cancer diagnosis may have gone unmarked – the sensation of warm sun on her skin. User @pheovsfabulous posted a video about how she spent her life’s savings when she was given a year to live, only to outlive the prognosis.

Pierson’s mother, TK Dunn, said she’s glad her daughter uncloaked her own experience with death, especially how ambigious it can be. Pierson never really knew how much time she had left.

“There was this roller coaster of, ‘Am I going to die now? What does that mean? Who do I turn to?'” Dunn said. “Our culture doesn’t normalize conversations about death. Death happens. We act like it doesn’t. If we can start demystifying it, maybe these events wouldn’t be so jarring or traumatic.”

‘One of the biggest ways people matter is through personal connection’

The Internet may be making death visible again, but it also offers something to the dying – the ability to connect. To matter widely.

“One of the biggest ways people matter is through personal connection,” Rutledge said.

“The ability to connect with people – to have that level of feedback and that level of support can be very positive emotionally,” Rutledge said.

The desire for connection goes both ways. Pierson’s audience was likely captivated because they craved connection, too, Rutledge said. And Pierson gave them that – often telling followers how grateful she was for their support, how much they meant to her.

“If the person who’s going through this, the person who’s dying, is thanking you for your attention and your participation in their journey, then you’re establishing … a parasocial connection in the sense that these people don’t know each other but become emotionally invested, just like you would with any narrative.”

These narratives also offer people fearful of death an alternative to the most terrifying story they tell themselves about how they would cope. Everyone makes up stories, consciously or not, about what they might do when death is close.

“You wonder how you would deal with your erasure,” Rutledge said.

Kessler said he believes every fear we have connects back to a fear of death. But that fear isn’t productive. Fear doesn’t stop death, he said. It stops life.

Accounts documenting terminal illness allow people to confront their fears. To go to the edge in a safe, observing way.

“It psychologically feels like it prepares us, or it lets us know when our worst fear happens, we might be OK, too,” he said.

In the final weeks of Pierson’s life, she had family time, wrote in journals to her son, did a ride-along with the police department and sat in a private jet. She reminded her followers not to “be stupid” and to get their skin checked. She cheered on thwho heeded her advice.

“I would like to take you guys as far as I can on this journey with me. I’d like you guys to all see it and experience it and learn,” she said in a video on August 11th. “You’re not alone. … We’re doing this together.”